Hi everyone! It’s been about a week now since I’ve been back from my travels, and I finally had some time to take a look at all my pictures these past two days. I’m excited to finally share some stories from my trip with you all, but be warned, this post is going to be image/text heavy. Fashion posts will reappear after a few posts about my trip, promise =]. Now, let the stories begin… As some of you already know (if you’ve been following me), I traveled to three countries recently: Japan, Taiwan, and Hong Kong. I’ve been to Taiwan and Hong Kong before multiple times in the past but haven’t been to Japan (and don’t know the language) so I decided to join a tour there. My flight from SFO to Narita, Japan was very long, but luckily I didn’t have anybody sitting next to me so I got to stretch my legs a little bit more than usual. I took ANA NIPPON and the plane meals were just ok, verging on bad. I spent most of my time on this flight reading and finishing the book I had brought, called The Maze Runner. An easy read that kept me awake most of the flight =].

I had been told that I would be picked up by someone holding a sign with my name on it, and so when I had landed, I looked for that sign. You can imagine my panic and frustration when I didn’t see that sign. I walked around the area and even double checked to see if there was another arrivals waiting area. When I’ve finally come to terms that there was no one here for me (after about half an hour of waiting and searching), I quickly exchanged some currency and went to the pay phone area to make a call to the tourism agency. I was given an agenda with a number at the bottom to dial in case of emergencies….so I dialed…

The agent on the other end told me to take the bus to the hotel myself >:[ At this point, I was really jet-lagged, frustrated, scared, and impatient. But what else could I do but get to the hotel myself? So he asked me which hotel I needed to get to, and on the agenda, there was the address of the hotel. I had done my research beforehand and knew that the address leads to the Radisson Hotel. I told him that and he told me to take the #16 bus to the hotel. After hanging up, I double checked the address with someone at the airport counter to make sure it was the Radisson Hotel, and after confirmation, I went out of the airport to the bus stop…in the rainy, dreary, 50 F degree weather…. 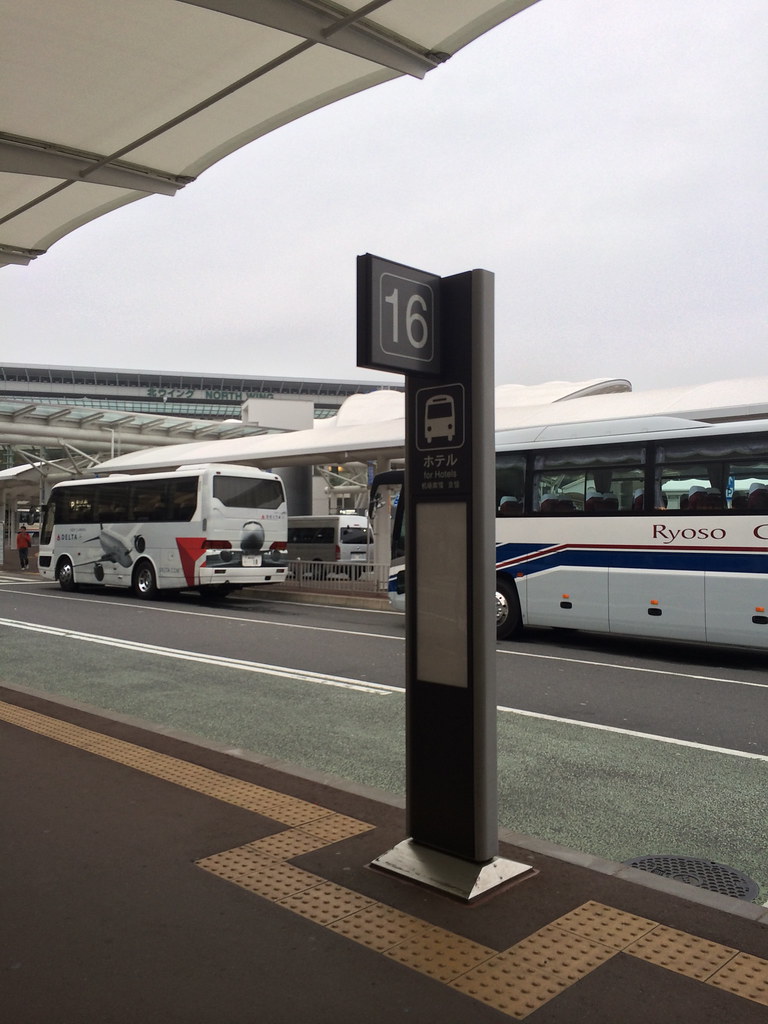 The bus ride from the airport to the Radisson took around 45 min. By the time I got to the hotel’s front desk, I was exhausted and just wanted to get to my room to sleep. I handed my passport to the lady and she said….ummm your name isn’t on our list….

Hold up, what? What do you mean my name isn’t on the list?! The lady kindly asked if there was someone she could reach and I gave her the same number I had dialed at the airport to the agency. They spoke in Japanese for a long while and eventually, the lady told me that I ended up at the wrong hotel. I showed her the address and asked if this was the Radisson’s address. She said yes, but mentioned that there was another hotel nearby that I could’ve been mixed up with =___=.

I wanted to punch something, but alas, nothing in sight. The lady probably sensed my frustration and told me to take a seat while she sees what she can do. After a couple of minutes, she told me I could either take the bus back to the airport and take another bus to the correct hotel. Or take a taxi to the hotel, which would take about 15-20 minutes. The taxi would cost me about $30-35USD. Seeing that the bus ride from the airport to the Radisson took 45 min already, not including waiting time, I decided to suck it up and take a taxi.

After waiting for about 20 minutes, the taxi arrives (whoop….peee). The ride to the next hotel literally took 15 minutes (and would’ve been less had there not been traffic) and the fee was about $3600 yen. I was not amused…

But after all that, I’ve finally arrived at the right hotel, checked in, and got to take a rest in my room. It was quite compact, but comfy enough. 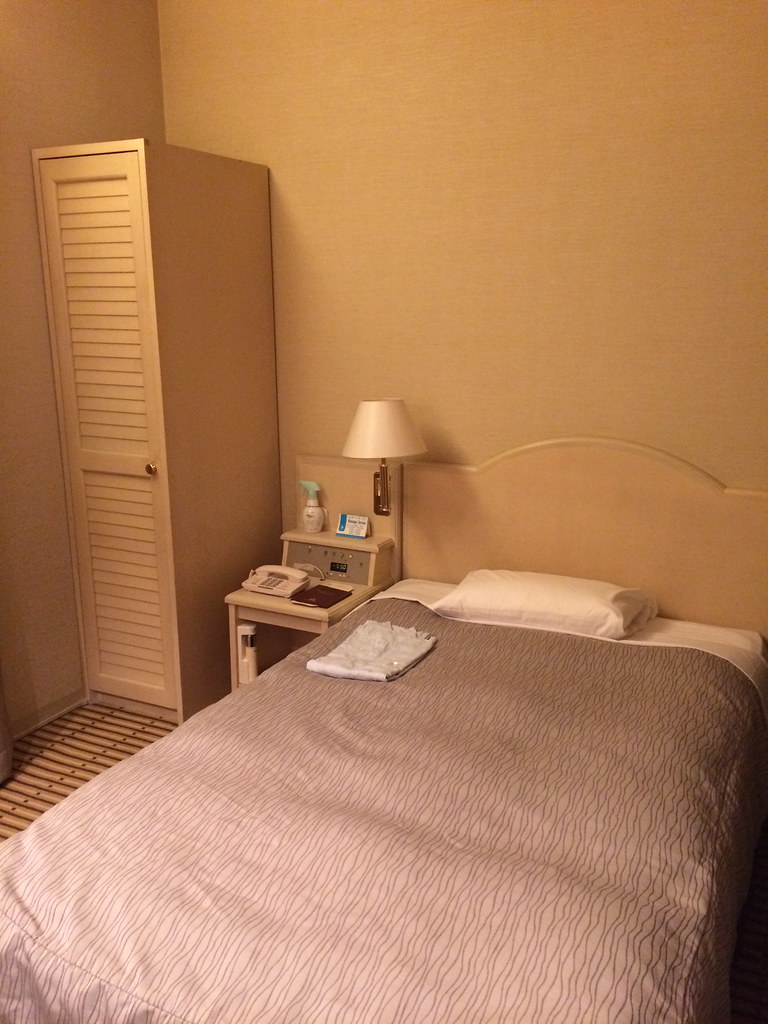 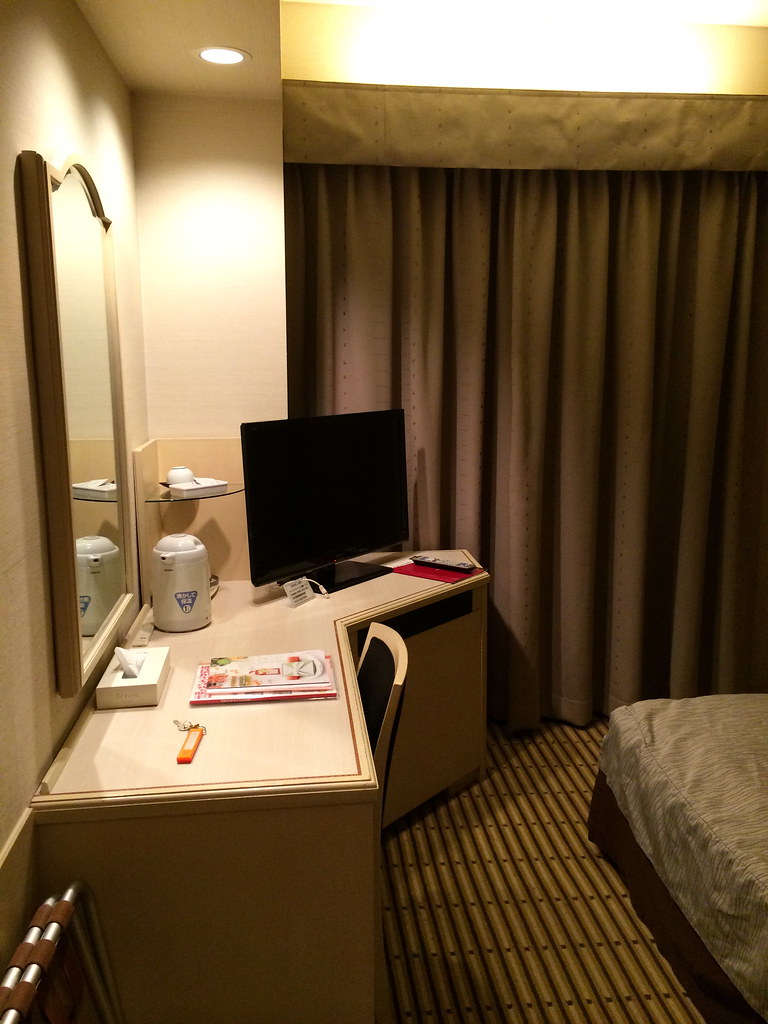 After sitting in my room for about half an hour, I realized that I had no idea what’s the plan for the next day. Where and what time do I meet the rest of the people from the tour? I had no clue. So with great reluctance, I went downstairs to the lobby to dial that “emergency” number again. I had dialed that number so many times, I almost had it memorized (unfortunately).

The agent on the other end told me to just meet everyone at the breakfast buffet the next morning at 8 a.m. Nothing specific. But what can he tell me? He is just an agent at the tourism agency, not the tour guide. So I just accepted it and went to get a quick bite to eat. After dinner, it was around 8 p.m. and boy, was I ready for bed.

I was getting back to my room when my room phone started ringing! I picked up and it was the tour guide! He told me that the person who was supposed to pick me up ended up waiting at the wrong terminal =.=. Great. He then proceeded to give me a list of room numbers and asked me to give these rooms a call to inform them of the morning call time and where to meet the next morning.

So, you want me to call these strangers and give them information that a tour guide is supposed to give. I’m confused…

I questioned him but being jet-lagged, tired, and impatient, I didn’t argue. We were also conversing in Cantonese and I couldn’t convey my frustration and confusion in the most articulate way possible so I just accepted it begrudgingly. I called about ten rooms and couldn’t reach two, but I was like, screw this. I’m going to sleep.

Two hours later, the room phone rings. It’s the tour guide. He asks if I’ve called the rooms and I told him I did but couldn’t reach two rooms. I was insinuating that HE call those two rooms. But instead, he asked that I go up to those rooms and leave a note under their door.

I told him that I was sleeping, but he just repeated the instructions. I sucked it up and called those two rooms one last time and thankfully they both answered. Thank gawd. Time for sleep.

Next morning I woke up at 5 a.m. (thank you jet-lag) and decided to wear this outfit. Plaid shirt is from H&M, jeans from Levi’s, and boots from DSW.

Here’s a better look at my makeup. I did a simple cat eye with some light brown eyeshadow along with bright red lips (Stila’s stay all day liquid lipstick in Beso). 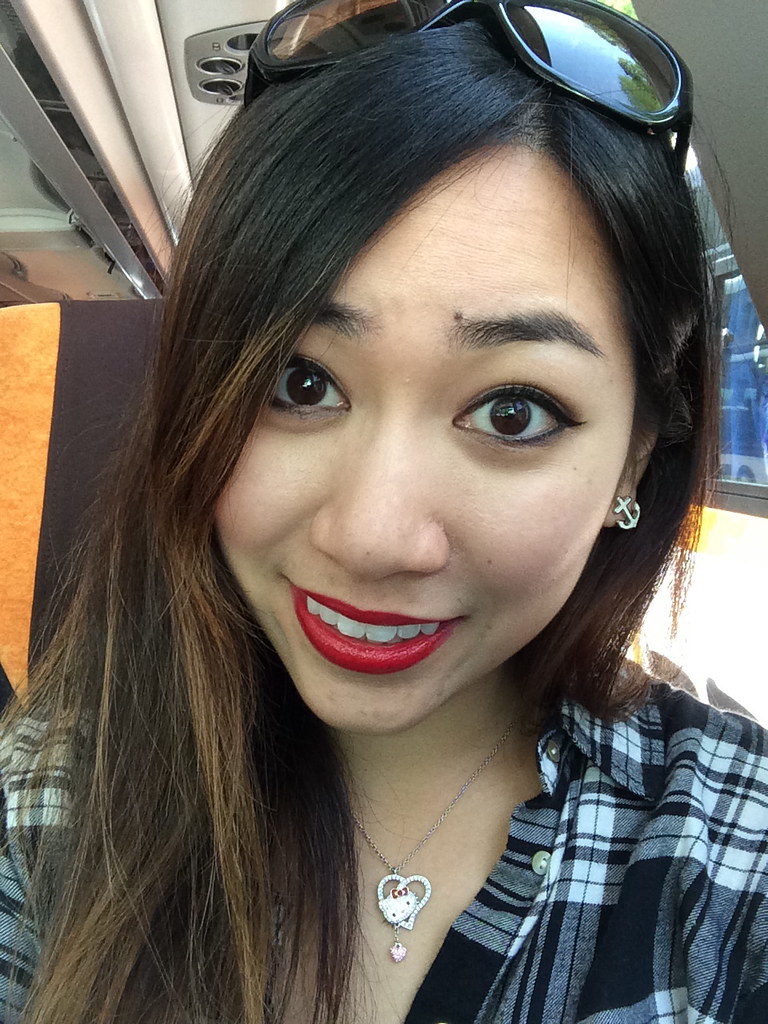 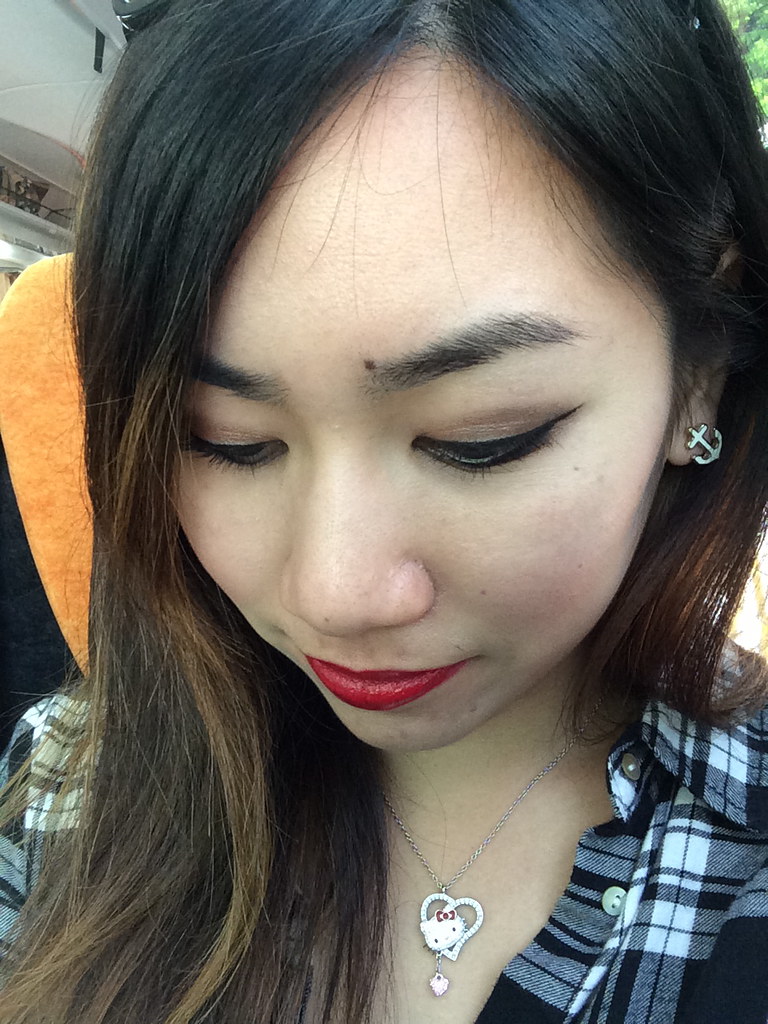 Anyway, after getting breakfast, I found the tour group and finally met the tour guide. When he saw me, he was visibly relieved that I was there and then proceeded to instruct me to do a head count of everyone on the tour.

Now I was starting to get worried! What’s going on?! But the tour guide left my side before I even could question him. I decided to just ignore his request and got on the bus. I chose a seat in the back but then the tour guide comes up to me and told me to sit in the front.

Ok….? O_o He also reminded me to do a head count =_=; I reluctantly sat in the front, thinking he wanted me in the front because I was the solo traveler. I was the only person on this tour that was traveling by her/himself.

When bus finally started, the tour guide introduced himself. He then asked that everyone sit in the same seats for the remaining of the tour and said the front two seats are the most dangerous and reserved for tour guides…

Say what? Why am I sitting here then?!

And then, he turns to me and then to the crowd and introduced me as another tour guide–his assistant! =O My mouth literally hung open for a couple of seconds. Everything made sense and yet, nothing made sense. Why would he think I’m a tour leader?! But before I could process, he asked me to stand up and say hi. Now, I didn’t want to make a scene and throw a fit…

But now I know I have to talk to the tour guide soon, because I am most certainly not a tour leader. The rest of the morning and afternoon, I played the tour leader, making head counts, helping everyone take pictures, etc. At lunch, I was going to sit with the rest of the tour, but the tour guide told me to sit with him. And I guess this was a good thing, seeing that I finally got the chance to talk to him about the situation.

When we started eating, the tour guide asked if this was my first time leading a tour. He thought I was doing it as a summer job. I then made it clear that I was not part of the agency and that I was a tourist! And he gave me this ‘omg’ look and I gave him my ‘that’s right’ look. He then took out the group roster and he showed me that next to my name, is “TL”: Tour Leader.

Now everything made sense. It was no fault of the tour guide that he thought I was a tour leader. The agency made the mistake. The tour guide was actually going to give me a talk about how inexperienced I seemed and wanted to understand why. Ha!

Now, finally onto the pictures!! I’m not really going to narrate these, but have left captions for some of them. Enjoy! 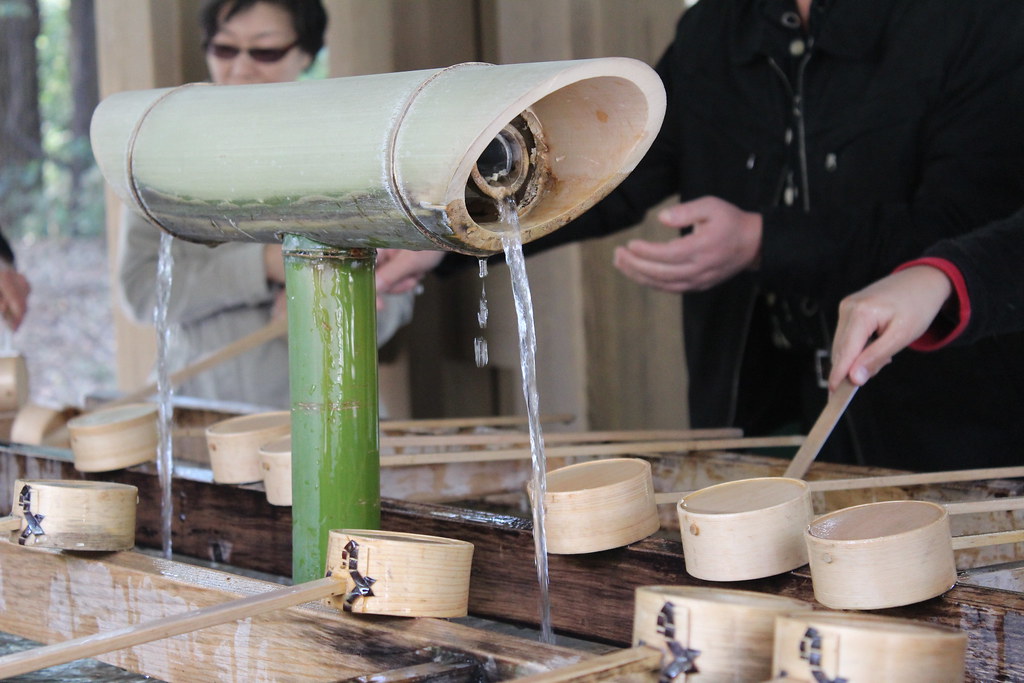 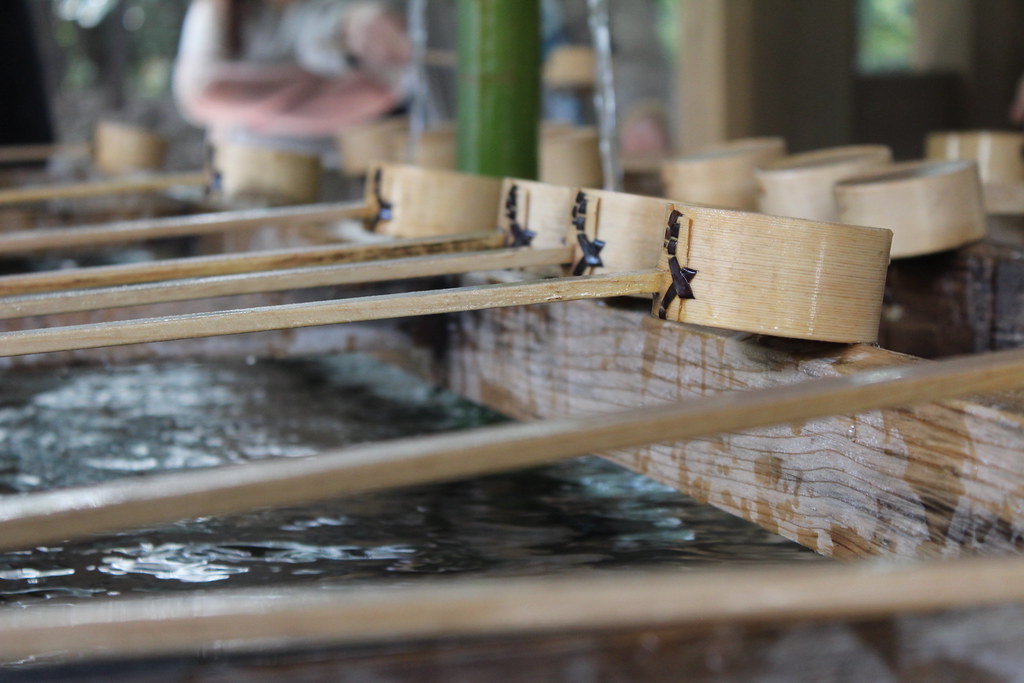 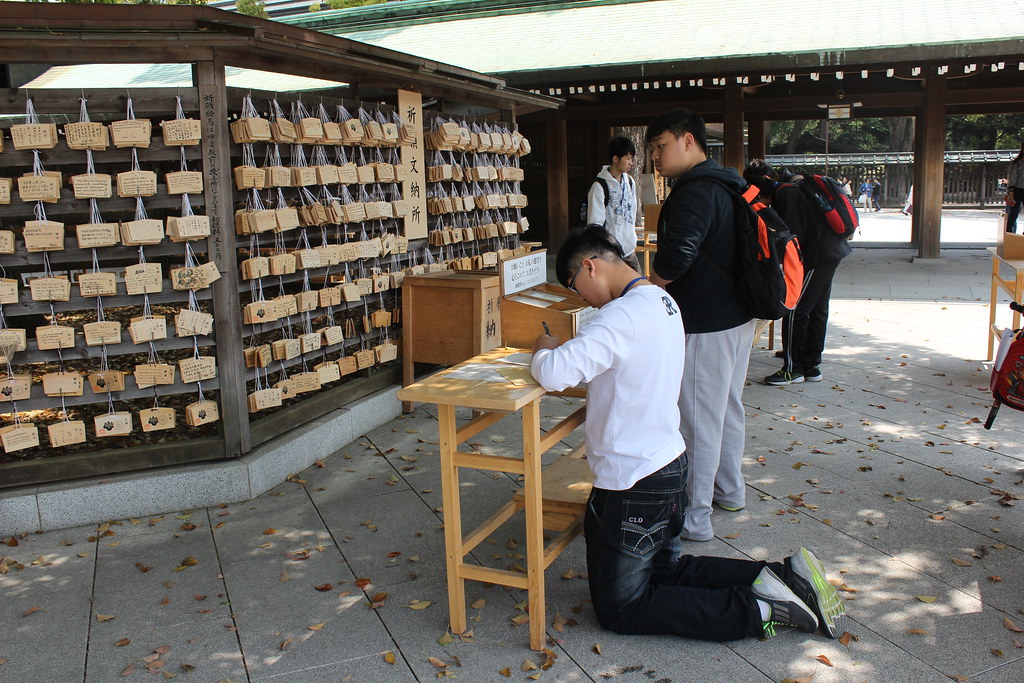 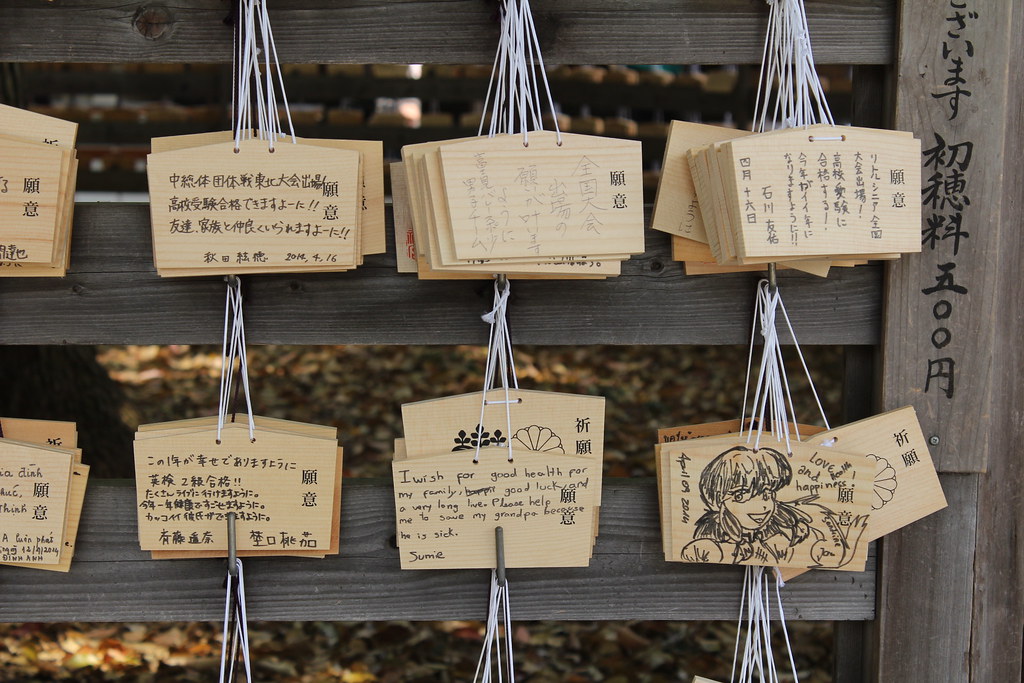 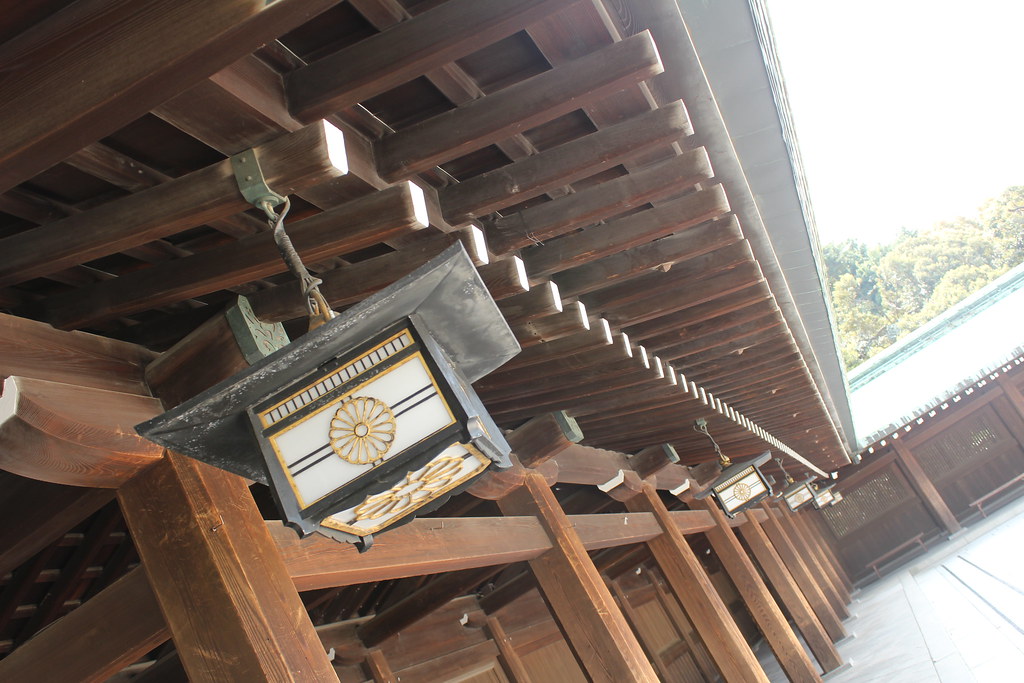 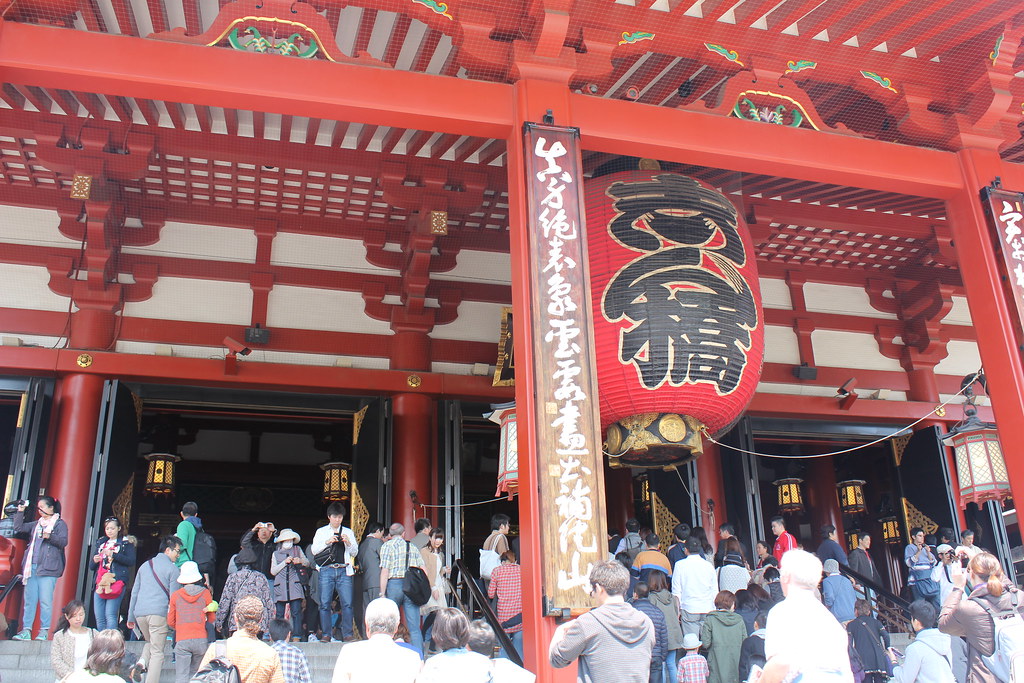 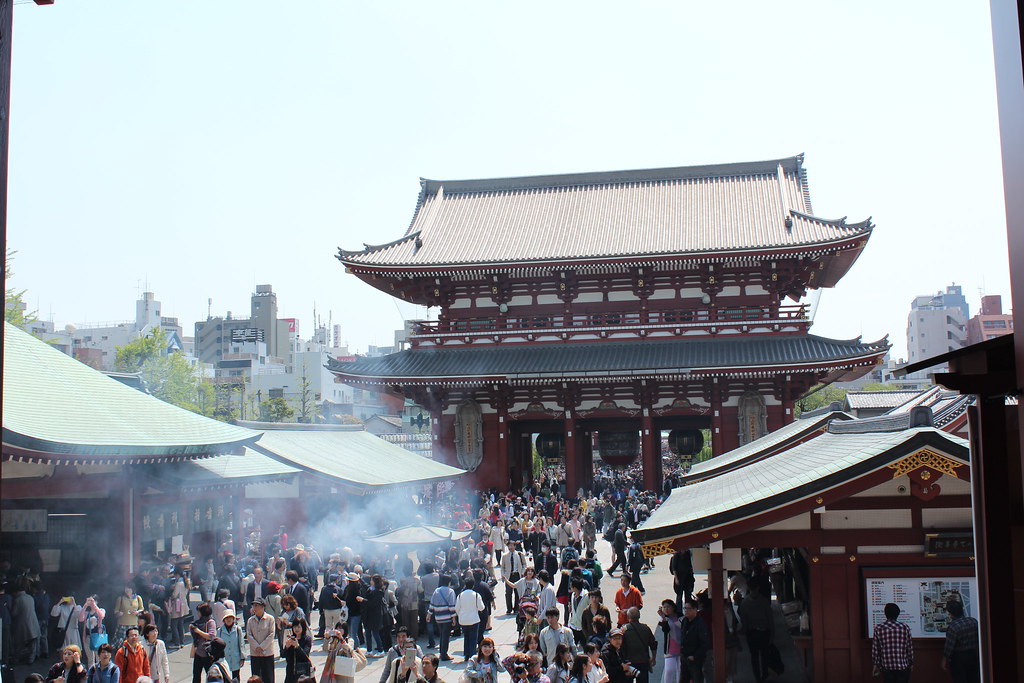 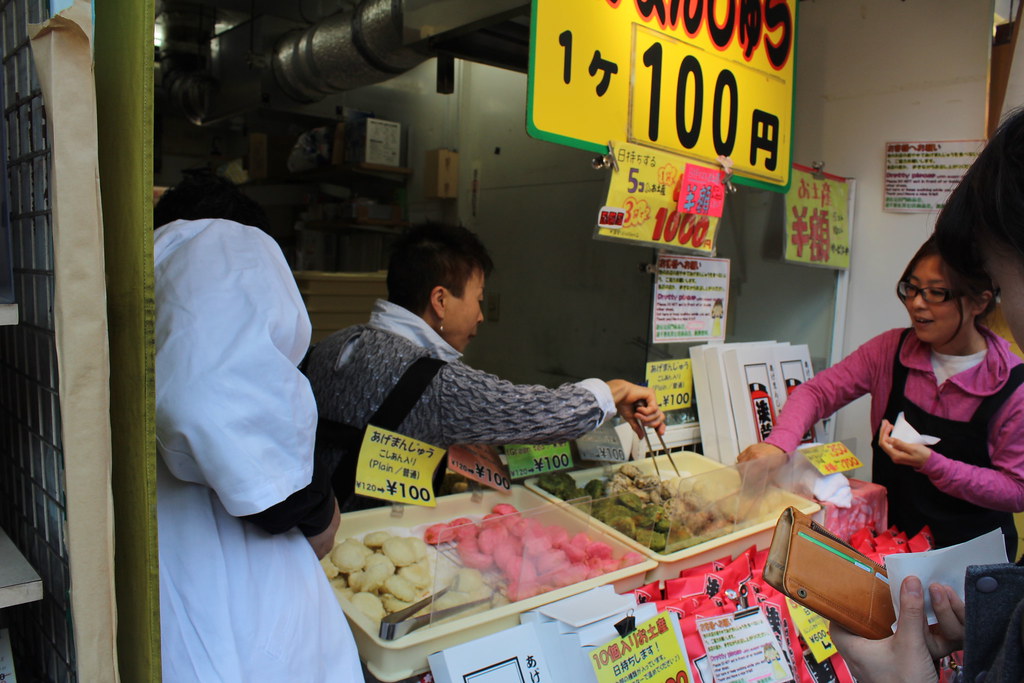 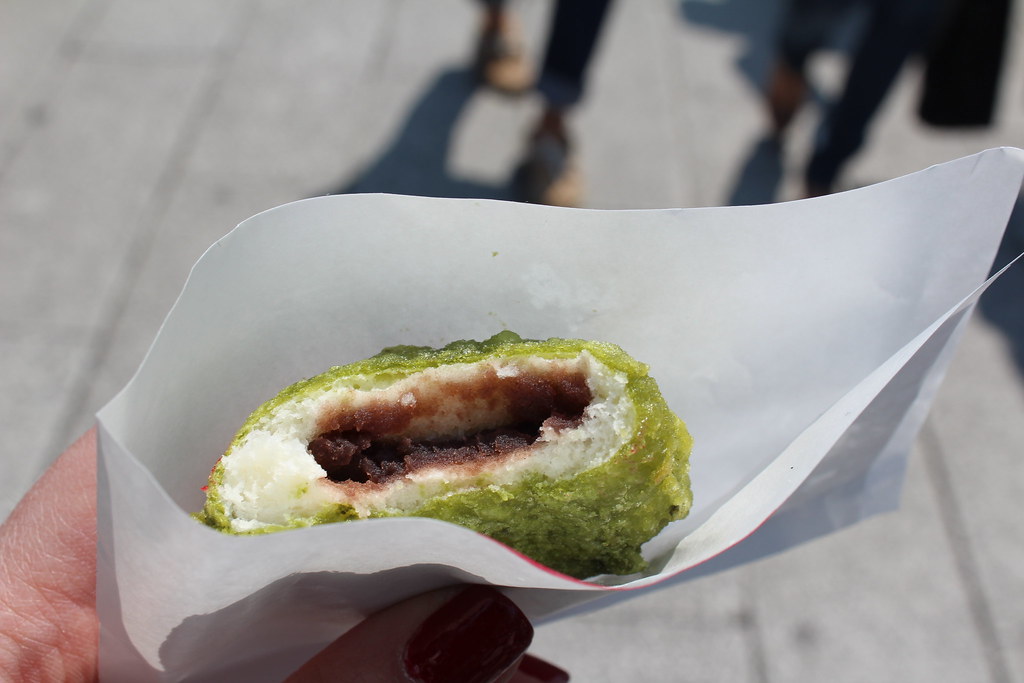 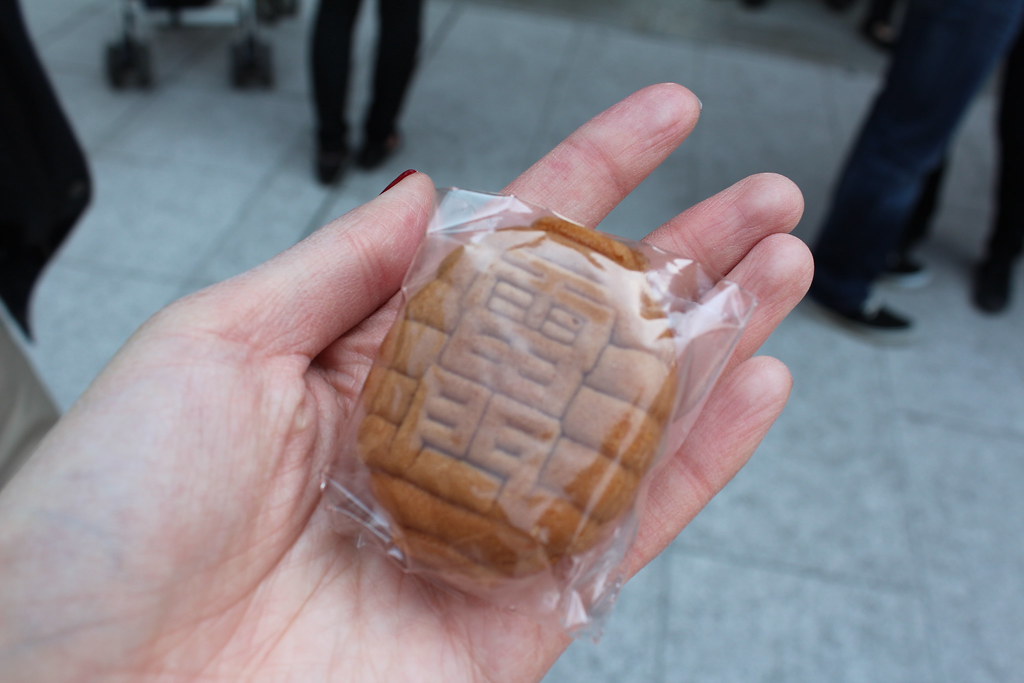 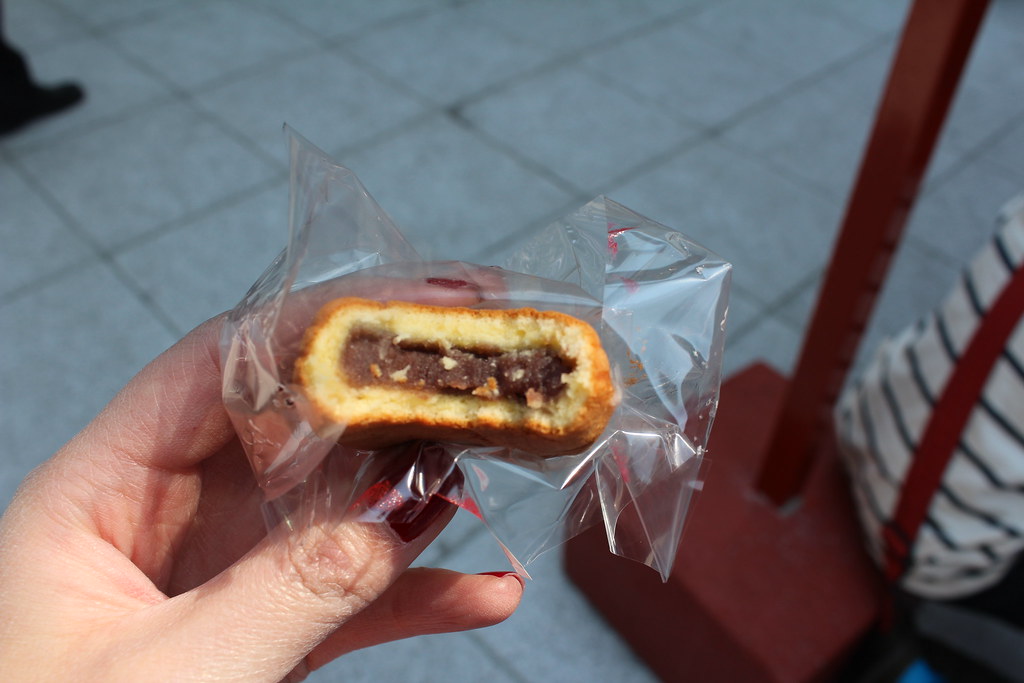 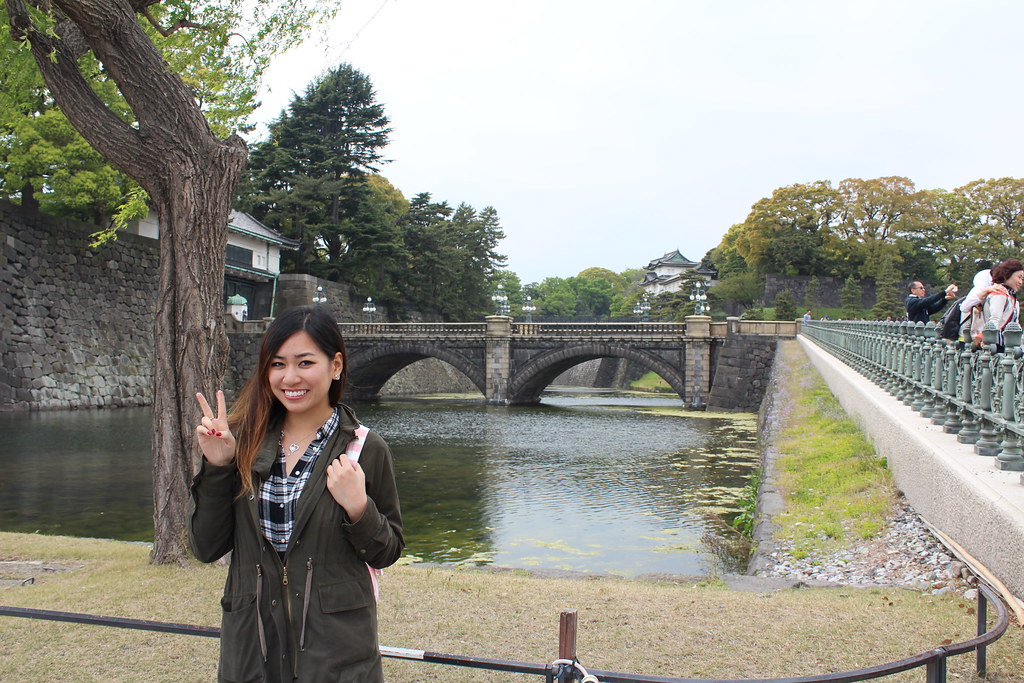 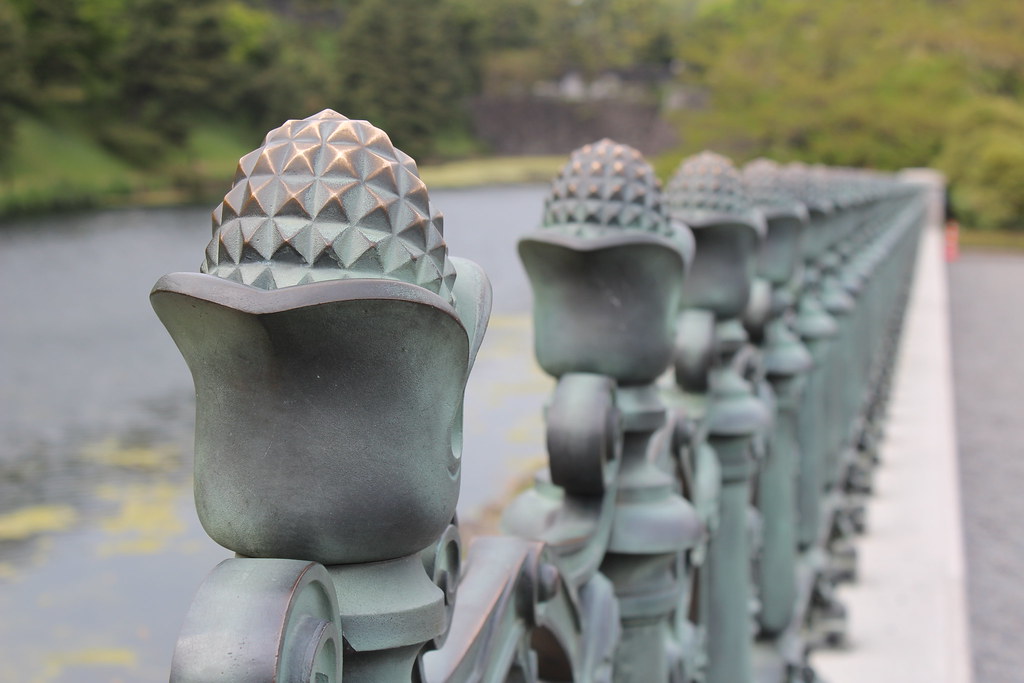 Overall, my first two days in Japan was exciting and nerve racking at the same time. Besides the tour leader fiasco, I had a good time in Tokyo.

Thanks for reading this crazily long post! The next post is going to be about my next two days in Japan. If you haven’t already, please follow my instagram and you can get sneak peaks of my adventures.

Now, back to our lives…

Getting fancy in Taiwan

Rara and Ferfer together again